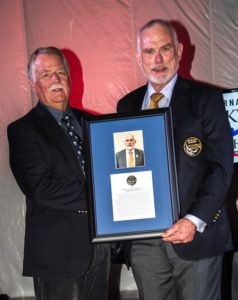 Current ASAC Treasurer and former President of the International Parachute Commission, Graeme Windsor will be inducted into the Skydiving Hall of Fame at a ceremony in the USA in September 2017. Graeme had recently been bestowed with an FAI Companion of Honour and President of Honour – CASI. These awards and honours recognise many decades of work and commitment by Graeme in the advancement of parachuting both in Australia and Internationally. He commented that it was a great honour to be recognised by your peers and only the second Australian to be inducted into the Hall of fame